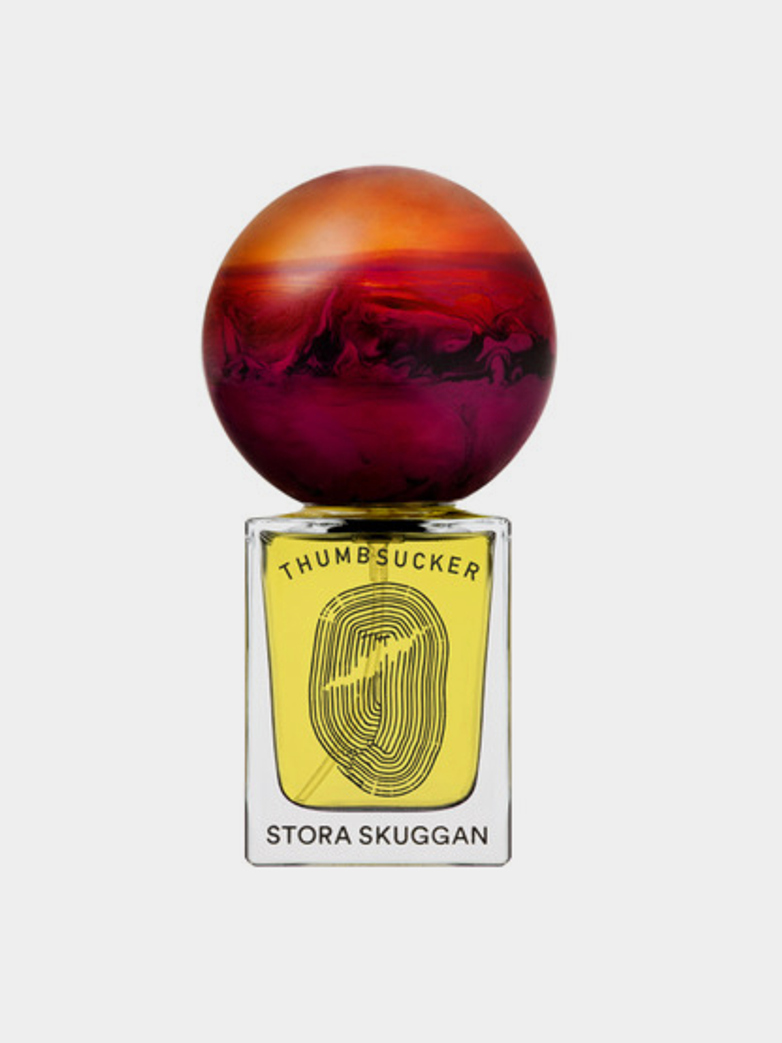 "Thumbsucker is the fifth fragrance from Stockholm based perfumery Stora Skuggan. It’s a narcotic nectar floriental inspired by the reason babies suck their thumbs according to Hindu mythology. Around the world, folklore offers different explanations of thumb sucking, but probably the wildest and most extravagant theory comes from ancient Purana writings. It’s a rather long and winding tale, but it can’t be shortened too much without losing its epic nature, so bare with us. In a distant past when the gods still mingled with mortal men, Yuvanaswa was king of the dynasty Ikshaku. Yuvanaswa was a great and humble king, loved by all his subjects, his many wives and concubines. But despite all of his wealth and good fortune, he was not happy. He gave over rule of his kingdom to his ministers and went into the forest as an ascetic, where he met the holy sage Bhrigu. The great sage greeted the king and asked what troubled him, Yuvanaswa explained that he had everything except a child, which he wanted more than anything. Sage Bhrigu felt pity with the king, and told him that he would prepare a magic potion that would solve his problem. He also instructed him to return to his kingdom and arrange a huge yagya ritual. Yuvanaswa did as he was told, and held a ritual with great fires, offerings and vedic chanting that went on for several days."