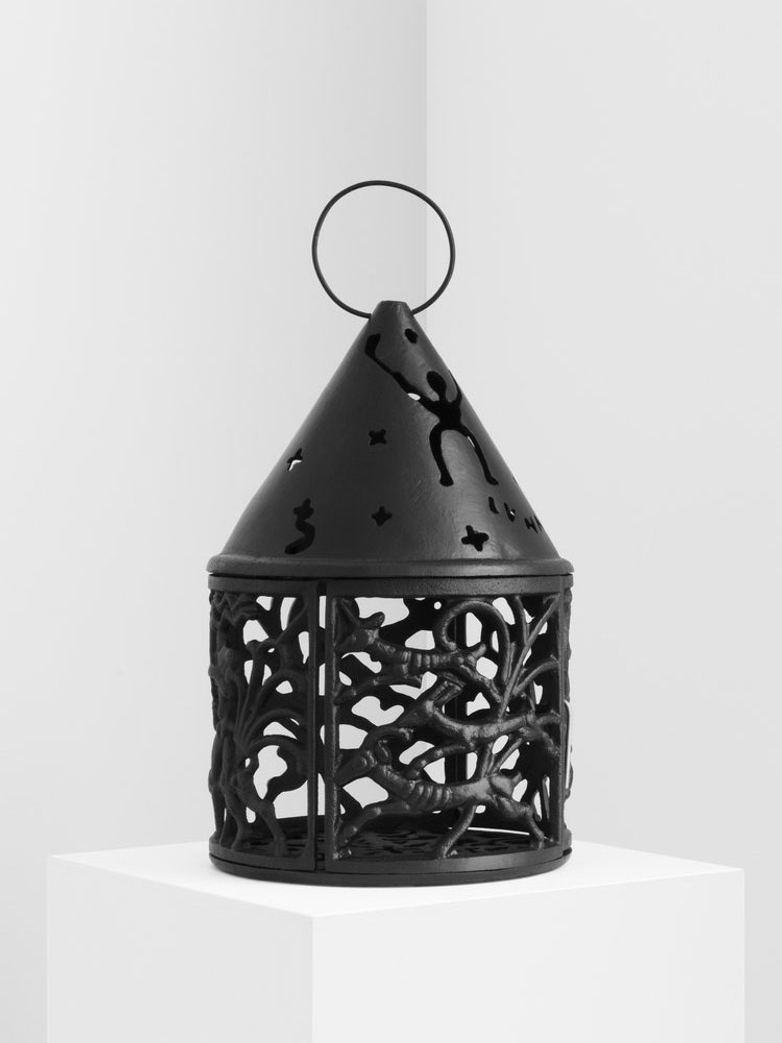 Sculpture and craftsman Carl Elmberg (1889–1955) worked after his studies in Germany and Italy with sculptor Carl Milles until he started working independently. Elmberg's works include portrait busts, reliefs and public embellishments. For Nävfeqvarn, he designed a number of cast iron objects, such as urns and jars. Together with architect Marin Westerberg, Elmberg designed the Diana lamtern in the mid-1920s.

Complete with wall bracket for hanging.

Näfveqvarn
Näfveqvarn is one of Sweden's oldest and foremost design companies. During the first half of the 20th century, Näfveqvarn gathered the Swedish design elite and was for decades world-famous for its quality and creativity when classic products were created in the timeless material cast iron. Today, the artisanal production is still in Sweden, at one of the few smaller quality foundries that remain in the country. The products are made from recycled scrap, treated without toxic chemicals and with the help of wind and hydropower as energy source.