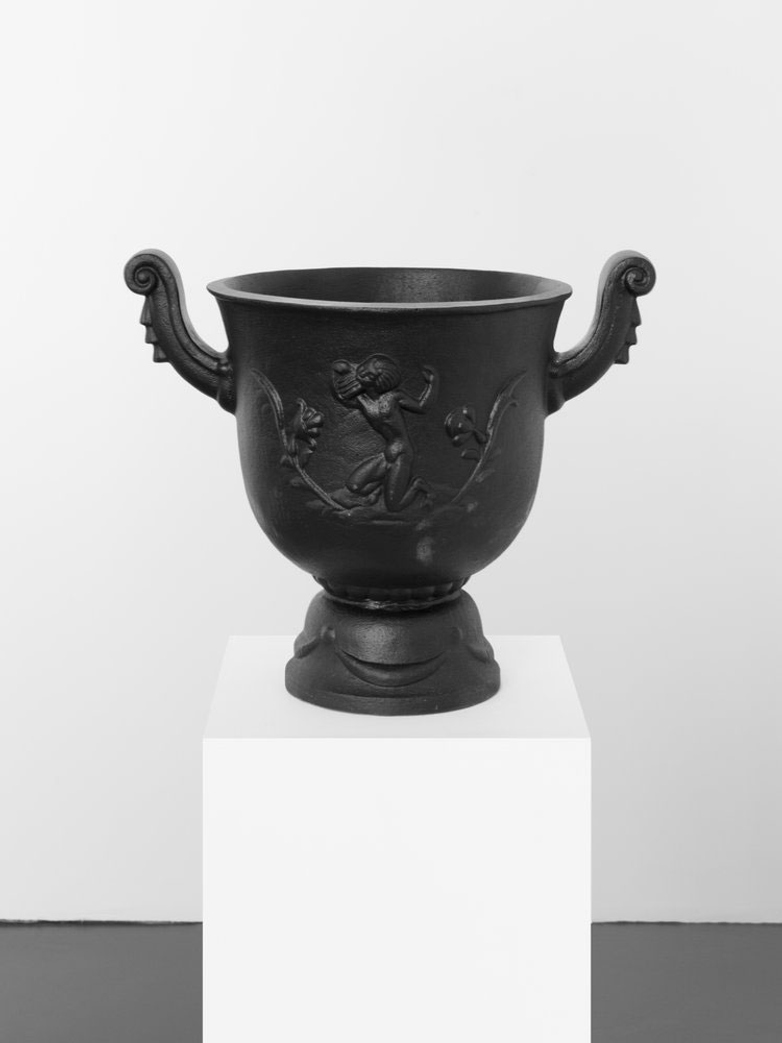 Ivar Johnsson (1885-1970) was one of Sweden's most influential sculptors. His works were found in several public places in the country. In Gothenburg harbor, the port entrance is adorned with the sculpture Kvinna vid havet. In the same town Johnsson also designed embellishments for Karl Johansskolan. The school was designed by architect Gunnar Asplund. The sculptor and architect also collaborated in the construction of the Stockholm City Library, whose entrance is adorned with reliefs designed by Ivar Johnsson. At the World Exhibition in Paris in 1925, Johnsson received a Grand Prix medal for the bronze sculpture David. For Näfveqvarn, the sculptor designed a number of objects, including urns and a letterpress.